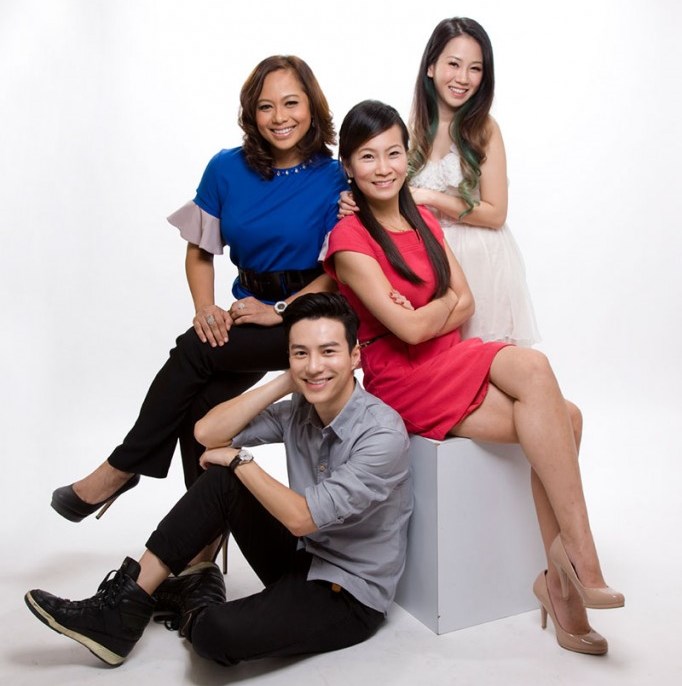 I never thought having that worthy smile would be one of the most valuable assets in my life.
Having said that I used to think crooked teeth is okay. As long as I don’t flash my teeth when I pose for the camera, every picture could pass off as quite ‘chio’ lah.

Boy I was so wrong.

Now that I’d my teeth corrected, nothing beats showing them off every time the camera clicks.
Plus, I look friendlier and more approachable in photos (I’m actually very friendly in person too!)

Couple of months ago I was invited by Invisalign Singapore for a photoshoot with a few other treatment receivers.
Even though I have no idea where will my photos appear in, it was an honor having to represent Invisalign as one of their ambassadors!

Chatting up with Sue Ann from Invisalign on a bright Saturday morning while waiting for my turn to do makeup.

I look slightly lethargic here because I was on the road to recovery after the first 3 months of agonizing pregnancy symptoms. Also I kept mum about it the whole time, no one was informed during this photshoot session as well, guess I didn’t want anybody to pay special attention to me just because I’m pregnant.

Here are some individual shots of me:
Guess I could say I was at my skinniest which is…awesome for photos but not so great for an expectant  :/