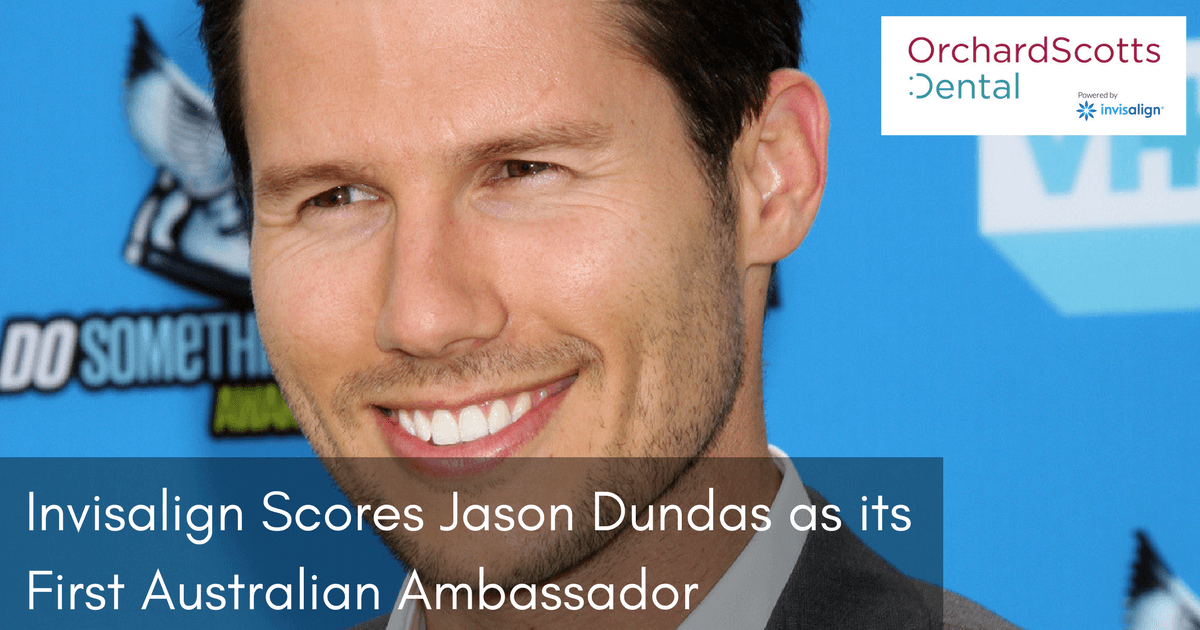 With his charming accent and dazzling smile, Jason Dundas seems to be made for television. But he wasn’t always as confident or successful as he is now. According to the Daily Telegraph Australia, Dundas used to suffer from insecurity related to his smile. Now, thanks to Invisalign, his career has dramatically improved and he is starting out as the first ever Invisalign ambassador to Australia.

For Dundas, Invisalign was key to his career success. He used to be insecure about the faults in his smile. Because his wisdom teeth were never removed, they were shoving the rest of his teeth forward, especially the two front bottom teeth.

“I had a huge level of insecurity about it,” he says. “I would notice in photos and on camera all the time that my teeth were crooked. It made me hyperaware and it was a bit of a burden at the back of my mind and to be honest I felt like I was too old to do something about it.”

The Career Change After Invisalign

Finally, at the age of 28, Dundas took action and chose Invisalign to improve his smile. At the time, he was living in New York City and paying for the treatment out of his own pocket. Once the results started to show, he grew much more sure of himself and he saw new opportunities opening up.

“It just sort of changed my confidence level a bunch and my career kind of exploded after I had it done. It just took off,” says Dundas.

Jason Dundas is now a passionate proponent of Invisalign. His recent sign-on with the company as an Invisalign ambassador is proof of his belief in the orthodontic system.

Dundas isn’t the first celebrity to use Invisalign to correct a crooked smile. Household names like Eva Longoria, Serena Williams, Tom Cruise, and Zac Efron have all used Invisalign at some point to tweak their superstar grins. Other popular actors and personalities who swear by Invisalign include Gisele Bundchen, Justin Bieber, and Khloe Kardashian, and Katherine Heigl.

Celebrities appreciate Invisalign because the system allows their teeth to undergo change almost imperceptibly. The aligners are clear and practically invisible, so they don’t interfere with the celebrity’s image. Plus, Invisalign makes dental hygiene easy, and the discomfort is far less than with traditional braces.

If you are looking for a Singapore Invisalign provider, call Orchard Scotts Dental. As a respected dental clinic in Singapore, we are fully equipped to offer all the smile makeover services you need. Maybe you have a missing tooth and you’d like to fill the gap with a dental implant. Perhaps severe staining has necessitated porcelain veneers. Or perhaps you’d simply like to straighten and whiten your smile.

Whatever your needs may be, contact Orchard Scotts Dental, and our friendly care team will get you started on the path to your perfect smile.