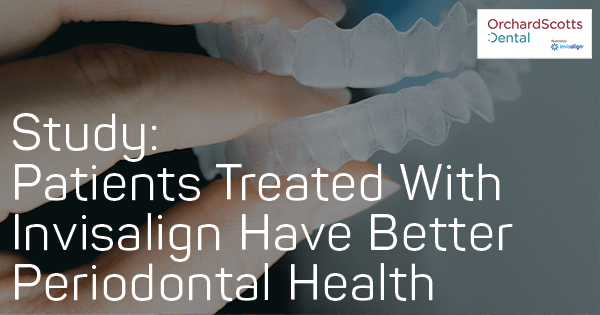 You know just how beneficial Invisalign treatment in Singapore can be for your self-confidence­ but did you know that when using Invisalign, you will have better dental health as compared to using fixed orthodontic appliances like metal braces ?

Periodontal health is the division of dentistry that deals with the welfare of the structures that surround and support the teeth. How do braces and other orthodontic appliances, such as Invisalign, affect a patient’s dental and mouth health? Luca Levrini, Alessandro Mangano, Paola Montanari, Silvia Margherini, Alberto Caprioglio, and Gian Marco Abbate set out to discover just that.

Through a study published in both the European Journal of Dentistry and the US National Library of Medicine, the colleagues worked to compare the periodontal health and the microbiological changes that occurred within the patients’ mouths. The writers of the study were watching closely for microbiological changes, as these tiny changes can create great problems of serious detriment in regards to a patient’s dental health. This extensive research allowed the writers to realize precisely just how beneficial Invisalign can be for a patient when compared to other more traditional techniques.

Methods Employed During the Study

Over the course of three months, all three groups of patients underwent a monthly assessment in order to allow the gathering of information on plaque index, probing depth, and bleeding upon probing.

The results of the study were incredible. After the three months of treatment, it was revealed the the fixed orthodontic appliances group suffered from periodontopathic anaerobes and a much higher biofilm mass than did the group of patients who used Invisalign. Overall, the group of Invisalign wearing patients were experiencing far better periodontal health than were the patients who were using fixed orthodontic appliances. This information serves to speak volumes in favour of Invisalign treatment; in fact, the study offers a conclusive statement that reads, “Invisalign® should be considered as a first treatment option in patients with risk of developing periodontal disease.”

What Have We Learned?

This study allows us the ability to recognize the great dental health benefits that using Invisalign can offer a patient. Now that it has been revealed that Invisalign prevents from plaque and disease, patients are encouraged to opt for Invisalign technology over braces or retainers, whenever the situation allows. Orchard Scotts Dental is an Align Technology certified dental clinic in Singapore that is proud to be able to offer their patients the healthier, more hygienic alternative: Invisalign.