Study: The Use of Invisalign as part of Orthodontic Treatment Before and After Surgery 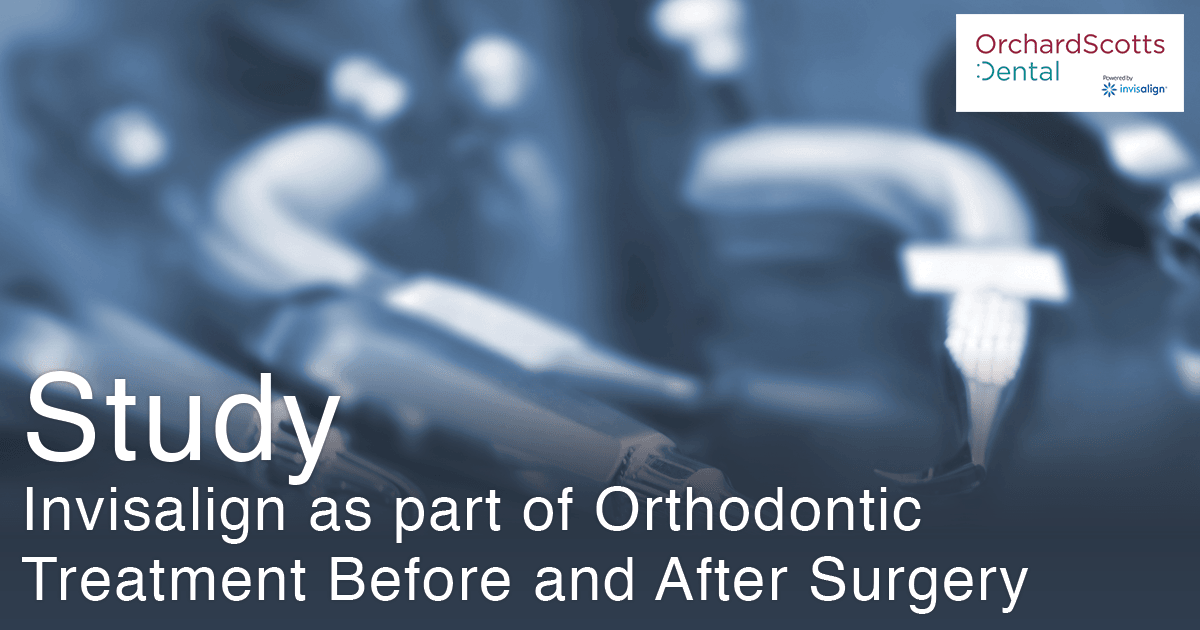 When you think of Invisalign, you might think of a teen in need of a smile makeover, or an adult whose teeth have moved and must be corrected. However, the uses and application of Invisalign are much broader. In fact, a recent study shows that Invisalign can play an important role in treatment before and after oral surgery.

The Authors of the Study

The idea for the study arose when a group of dental surgeons in Italy decided to see if Invisalign technology could aid with patient prep and recovery. The Maxillofacial Surgery Unit at Carlo Poma Hospital in Mantua Italy was instrumental in the study, as well as the Department of Dental Implants and the Specialization School in Maxillofacial Surgery at the University of Milan. Others involved in the study included Fabrizio Signorino and Maria Beatriz Duarte Gavião.

The Necessity of Surgery

In the study, a young man with a severe crossbite issue was treated with clear aligners via Invisalign before his oral surgery, instead of the traditional appliances. The 23-year-old man was suffering from skeletal as well as dental asymmetry in his jaw and face, due to long term problems with his bite. His dentists decided to operate to correct the underlying skeletal asymmetry.

Preparation for the Surgery Using Invisalign

Before the surgery, the dentists customised and applied an Invisalign clear aligner to prepare the man’s mouth for the surgery. In this presurgical phase, software from Invisalign maker Align Technology was used to make the aligners, which modified the position of the teeth before surgery. After 10 months, dentists discovered that the patient now had a correct occlusion, which meant that his teeth were positioned to ensure that the surgery would have the best chance of success.

Several months after the surgery, the patient was happy to report that he was pain-free and able to chew normally and effectively, something he had not been able to do for many years. His dental team expressed their satisfaction with the use of Invisalign throughout the process, claiming that it helped their patient keep up good oral hygiene, which is so important for successful surgery. The patient looked normal during the presurgical phase, thanks to the nearly invisible aligners. In the study, the dental team also praised the precision of control that the Align Technology systems allowed them to have while adjusting their patient’s teeth.

According to the study’s findings, dentists in Singapore and dental surgeons should consider implementing Invisalign as part of a full aesthetic dentistry solution. These clear aligners are useful for more than just straightening a few crooked teeth; they can gradually effect major changes in the way a patient is able to bite, chew, and speak, significantly improving oral function.

Broadening the Uses for Invisalign

Orchard Scotts Dental, a trusted aesthetic dental clinic in Singapore, offers Invisalign and uses the technology in various ways. Maybe you need your teeth adjusted prior to dental implants or before the application of veneers. Perhaps you are eager to correct an overbite or some other issue that has plagued you since childhood. You don’t have to live with oral discomfort! Contact us today at Orchard Scotts Dental, and we’ll work together on a plan to achieve the comfort, function, and look that you want for your teeth.