The Effects of Heavy Smoking on Dental Implants 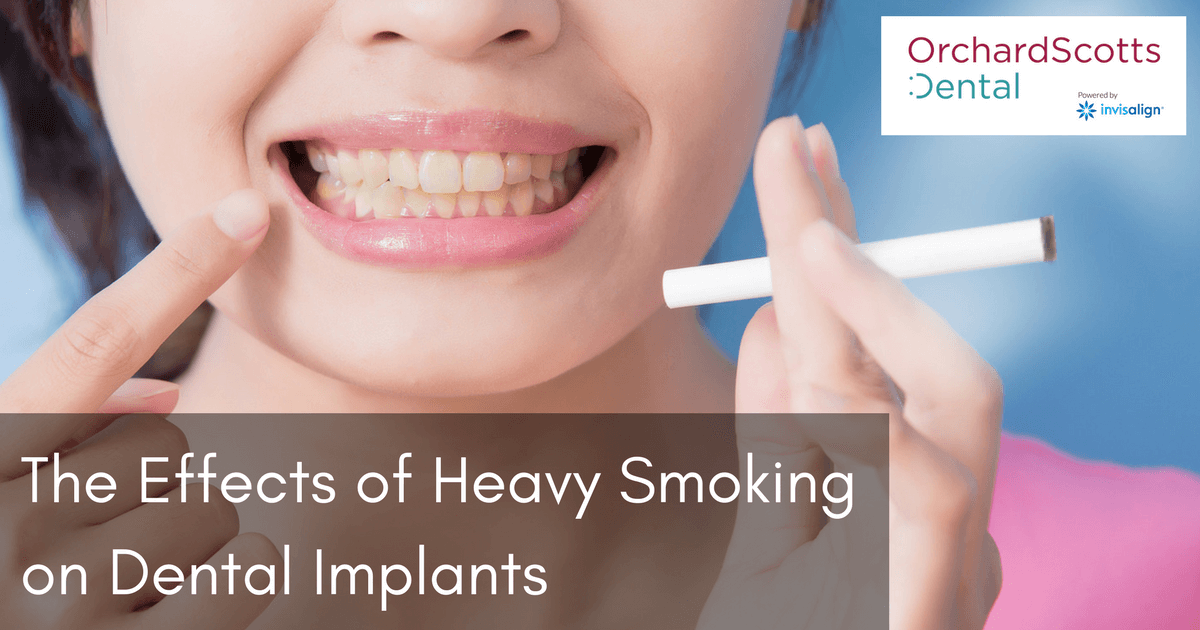 How does being a smoker affect the longevity of your dental implants? A new study from China sheds some light on the effects of smoking on dental implants, as well as highlighting the importance of oral hygiene for all patients with oral prosthetics.

The Scope of the Study

A recent study, conducted in China, surveyed the cases of 32 male patients. Sixteen of the patients smoked heavily, and the other sixteen were non-smokers. 45 implants were placed in these patients, all in the same area of the mouth to ensure the comparability of the results.

After the surgery to install the dental implants, the researchers checked in with the study participants at three weeks, four weeks, and six weeks after surgery. They assessed the response of the surrounding tissues to the implant, as well as the stability of the implant. More assessments occurred at the eight-week and 12-week marks.

Difference in the Healing Process

The study showed an interesting difference in the healing process between the smokers and the non-smokers. For the non-smokers, the implant began to stabilise and integrate into the bone very quickly, around the second week after the procedure.

For the smokers, the same level of stability and osseointegration occurred about a week or two later. Both groups of patients experienced complete healing and bone integration by the twelfth week; but for the non-smokers, it happened earlier than the twelve-week mark.

The researchers noted other differences as well. Considering the nature of the smoking habit, it had been suspected that smoking would cause worse oral hygiene. However, the study team found that the smokers did not have significantly more plaque, bleeding, or buildup than the non-smokers.

In contrast, however, the smokers suffered from deeper pockets of soft tissue around the implants. They also had more bone loss than the non-smokers.

Recommendations from the Study

The study, published in the December 2016 issue of the Journal of Oral Implantology, reveals that dentists may need to an the implant loading schedule if they have patients who smoke frequently. Patients should also be aware of the effect that smoking can have on their bodies. Besides dramatically increasing their chances of cancer in the throat, mouth, and lungs, smoking ” promotes the loss of marginal bone and the further development of dental pockets and could thereby lead to complications even after osseointegration,” according to the study authors.

Advice from a Dentist in Singapore