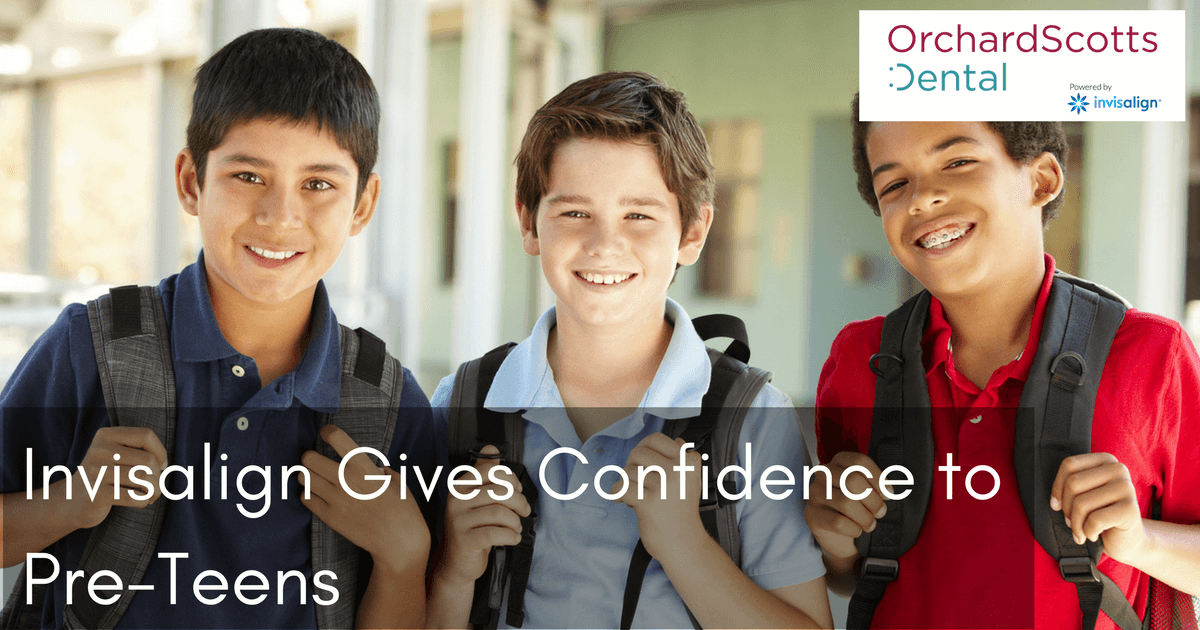 The pre-teen years are some of the most difficult times in a child’s life, full of transitions and changes, according to a counsellor at a United States middle school. Cited in a Coeur D’Alene Press article, counsellor Leigh Sales shares how difficult life can be for the students with whom she works with every day. Fortunately, for some of these students, modern technology in dentistry has enabled them to be able to feel more confident about themselves.

The Fear of Ridicule

During the preteen years or the early teens, young people are often evaluated to see if they need braces or other corrective dental treatment. Not all families can afford them, and even if a family can spare the money, some kids balk at the idea. They don’t want to face their peers with a mouth full of metal brackets and wires.

Children and teens can be cruel to each other, and braces are a visible differentiator. They detract from a child’s appearance, making that child a target for bullies and mockers. For young people transitioning through an already awkward time of life, that extra pressure just doesn’t seem worth it.

The Benefits of Invisalign

However, parents now have another tool in their arsenal as they persuade their kids of the importance of corrective dentistry. Invisalign technology allows a kids’ teeth to be adjusted without the use of braces. In fact, Invisalign’s clear aligners are practically invisible to onlookers. Only when someone gets very close can they see the faint outline of the aligners fitting over the teeth.

With Invisalign, straight teeth are suddenly much less traumatic to achieve. Young people can go through a smile makeover that will serve them well for their rest of their lives, while avoiding all the teasing and bullying that braces might incite.

Leigh Sales, the middle school counsellor, actually used Invisalign herself. She went through months of wearing the Invisalign trays until her smile makeover was complete, yielding the straight teeth that she wanted. It wasn’t just a cosmetic issue for Leigh— her bite and her overall oral health are better now than before Invisalign.

To make the trays, a Singapore dentist takes an impression of the patient’s teeth. The trays are designed to gradually shift the teeth into a new position, sometimes with the help of attachments. Over the course of the following weeks or months, the dentist checks the progress of the teeth and creates new trays as needed until the final result is achieved. The discomfort is minimal, mostly a tightness around the teeth when a new tray goes in.

Today, Invisalign technology is even better than when it first entered the market. The plastics used to make the trays are clearer and stronger, and they hold their shape better. With the newer types of Invisalign trays, teeth can be adjusted more efficiently, with a more fine-tuned result.

Finding an Invisalign Provider in Singapore

To enjoy the full benefits of Invisalign, patients have to be dedicated and responsible. A Singapore pre-teen who wants to pursue cosmetic dentistry should visit an Invisalign provider in Singapore for a consultation. Any of the Singapore dentists at Orchard Scotts Dental can inform you about the responsibilities involved with wearing Invisalign trays, so that you can decide if the solution is right for you or your child.